I hate to bust your bubble, but a Brita won't filter fluoride.

There are many issues our country is riddled with, but today I would like to talk about something that directly affects us here in Southwest Iowa every single day. That is water fluoridation (the addition of fluoride to our water supply). I propose that the towns of Montgomery County stop the fluoridation of our municipal waters on these grounds: ingestion of fluoridated water does not help prevent tooth decay, fluoride is not an essential nutrient, fluoride increases the chance of dental fluorosis among youth, and high amounts of fluoride toxicity can lead to various health risks including neurodegeneration, increase of bone fractures, thyroid diseases, male infertility, endocrine disruption, and much more.

Since the inception of water fluoridation in the 1950’s, there have been protests against it, but recently this trend has been growing. Portland, Oregon, has stopped the practice and many other smaller communities across the United States have come to the same consensus. Worldwide, over a 150 communities, since 2010, have stopped water fluoridation. This even includes such nearby locations as Crete, Norfolk, and Wahoo, Nebraska; and Lake View, Iowa. The state of Israel has adopted the movement to end fluoridation of water, as have various cities throughout Australia, Canada, and England. Many communities throughout Ireland, including Dublin, are now pushing for government reform on the country-wide mandatory fluoridation. In fact, most developed nations do not fluoridate their waters; Japan doesn’t fluoridate their water, nor does 97% of western Europe. The United States fluoridates more water than the rest of the world combined.

The most startling report I have seen recently has been from Harvard. A study from 2012, by Harvard School of Public Health, published in Environmental Health Perspectives, has demonstrated a link between areas with high water fluoridation and significant lower IQ scores among children; the conclusion supports possible “adverse effects of high fluoride exposure on children’s neurodevelopment.” 42 other studies throughout the world have also come to this conclusion.

There is just too much information for me to cover in this letter, but my goal is to get the word out there, and to get the people talking and thinking about this issue. Please, I highly suggest you research the issue yourself so you can come to your own conclusion. For more information, I would highly encourage you to check out fluoridealert.org, which has information and sources to help you understand all the issues regarding this form of mass medication.

I want to continue discussing this topic because it’s such an important issue; because there was so much I couldn’t fit into the article for the paper and because much has developed since then. First off, I would like to point out that two months later the United States lowered their recommended fluoride levels for the first time in 50 years. Though, the article briefly touches upon this subject, it does bring up the next point that I wanted to make… overexposure. Think about this: if fluoride is added to the water to act as a medication, rather than a substance used to treat the water itself, how can we assure we receive a “safe healthy dose”? (honestly, I don’t think any amount is a safe healthy dose)

You wake up in the morning and start drinking a glass of water; I hope it isn’t from the tap. It has almost become a stereotype that people don’t drink water from the tap… don’t you hear it all the time, “oh, we don’t drink from the tap”, “we have a filter”, “we use a Brita”… Typically the reason why people don’t drink from the tap is because they can taste a funny flavor in their water, not because it contains fluoride; though, if people started researching and educating themselves on the issue of fluoride, they’d add this to the list of reasons why they don’t consume tap water. I will say that the funny flavor you taste is not fluoride, because fluoride is nearly tasteless. What you taste is chlorine and heavy metals… another good reason why not to consume tap water.

Fluorine has played a significant role in insect control since about 1896 when sodium fluoride and various iron fluorides were patented in England as insecticides. Sodium fluoride was used in the United States for cockroach control before 1900 and was introduced in 1915 for the control of poultry lice.

I hate to bust your bubble, but a Brita won’t filter fluoride. Fluoride is actually a very difficult toxic substance to remove from the water once added; I hope you have the money to spend on a filtration system or a distiller.

Is that fair for someone who lacks the resources, but is concerned about the water they consume? Sorry to burst another bubble but most bottled water also contains fluoride; most bottled water is just tap water anyway with a premium markup cost for the convenience… and don’t forget the damage plastic is doing to our environment… and the leaching of estrogen mimicking compounds produced by the off-gassing of plastics which can cause hormonal issues among other things…

So then after drinking your morning glass of water you hop right into the shower for 5-10 minutes; don’t forget from 7th grade science class that your skin is your largest organ – you’re now absorbing many of those chemicals and heavy metals you were previously trying to remove from your morning glass of water. This is a huge issue because we absorb more of these toxins from the shower than we do when sipping on a glass of water. How are we suppose to regulate our fluoride intake at this rate? Hold that thought, because we haven’t started cooking breakfast yet.

So we’re finished with our shower. You either brush your teeth before or after your breakfast; either way, if you’re still using your standard toxic toothpaste, you’re being exposed to another dose of fluoride. Now we exit the bathroom and head back to the kitchen. Today we’re going to have some oatmeal. You start off by taking two cups of water from your desired source… for argument sake’s lets say it’s from the kitchen faucet. You add the water to a pan and place it on the oven-top to bring to a boil. Do you realize that by boiling water, that contains fluoride, just concentrates the element even more; eventually turning it into a salt? The apathy starts to kick in (if it wasn’t already started) and you go ahead and add the cup of rolled oats to your boiling water. Give it a few minutes and you now have yourself a wonderfully nutritious breakfast to kick-start your day… 😉

Oh how your day has only just begun. 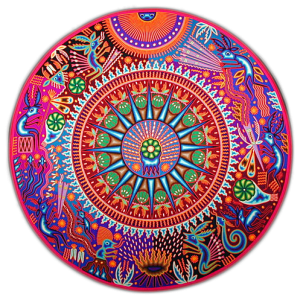 Ich heiße Beau Boeye. By day I am a social entrepreneur; by night I am questioning reality, seeking the truth, and looking to add value to the world around me. The course of my life changed by traveling a thousand miles to Appalachia and working on a small organic farm experiencing the Good Life. Since then I have become motivated to initiate lifestyle changes to better understand myself, my reflection, and the role that I play within the waters of life.

This work by Beau Boeye is licensed under a Creative Commons Attribution-NonCommercial-ShareAlike 4.0 International License.